By day, Kevin Williams is a divorced dad, stuck in a dull IT job at the Unanderra council. By night, he’s Koala Man, a civic superhero cleaning up the streets from petty crime. Clad in a koala mask, and wielding a bottle of Eucalyptus Oil, Koala Man won’t stop until he’s rid the town of every last loiterer, litterer, and local kid who looks a bit dodgy down at the park. Wherever there’s a minor misdemeanour, there is Koala Man (Except between nine and five on weekdays when he’s at work. And every second weekend when he has his son). 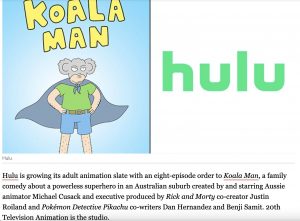 Greg and Em Butler have been married fourteen years. They have two daughters, Chloe, who has just started school, and teenage Sophie. Greg is (perhaps overly) content in his management role with Births, Deaths and Marriages and Em has kept things (mostly) together on the home front since the children were born. It’s a good marriage, as marriages go. The children tolerate them, the sex is frequent enough and they have the domestic routine more or less down pat. Greg refers to the partnership as “Team Greg and Em” or “Team Grem” for short.

But change is on its way. With Chloe starting school, Em has decided to go back to work.  Greg is initially hesitant to disrupt the status quo, but when redundancies are offered at his job, he starts to wonder whether he’s really happy with things the way they are. When Greg’s brother Brad announces that he’s staying with them – for an unspecified period – after being dumped by his girlfriend, it’s clear there is more upheaval ahead.

HOW TO STAY MARRIED is an eight-part comedy series about staying together when romance has made way for routine and change disturbs the peace inside a marriage. The series takes a refreshingly honest look at the problems that can befall even a good marriage. The characters are magnets for trouble with an endearing ability to dig themselves deeper into the very problems they are trying to avoid. The series mixes big subjects – raising children, boredom, guilt, fertility, temptation, dreams, ambition and the need for purpose – with the funny and recognizable minutiae of married life.